If you’re a regular reader of our Blue Lightning Charters blog you will be well aware of Captain Chad’s passion (read obsession) for billfishing. In November we put together a crew for a 7 day billfishing charter to the Montebello Islands. The crew was made up of 5 keen anglers Simon, Jules, Tikka, John & Audi hailing from Melbourne (Victoria) and Geraldton (WA). The aim of the week was to explore some new grounds and to give Simon, Jules and Tikka a chance to experience Marlin fishing in our fishing paradise the Montebello Islands.

This crew of anglers utilised a range of different equipment throughout the charter, trying their hand with lures and switchbaiting. The favourite equipment for the week though was

Although the week was dedicated to billfishing we still managed to squeeze in some quality time closer to the islands. The crew caught a range of species including Coral Trout, Rankin Cod, a good variety of Mackerel and some nice GT’s (Giant Trevally) just to name a few.

The highlight for the Blue Lightning crew though was Tika catching and releasing her first billfish. For me personally I get an extra kick out of seeing female anglers catch and release these incredible billfish in what is almost always an epic battle. As Tika climbed out of the chair having fought hard for approximately 15minutes, with adrenalin still pumping through her system and her deltoids and biceps burning she asked “Was that an hour?”. We all had a giggle as it sunk in that Tika had just caught her very 1st Marlin. “I’d seen billfish on tv but never thought I’d see one, never mind catch one. It’s been a dream come true” Tika said.

Until next time, Happy fishing 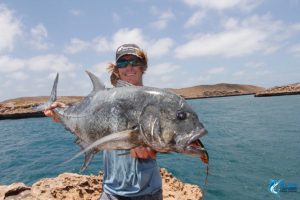 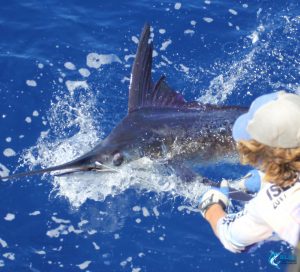 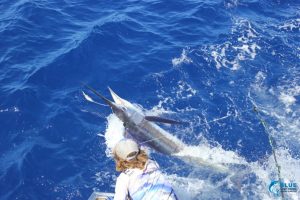 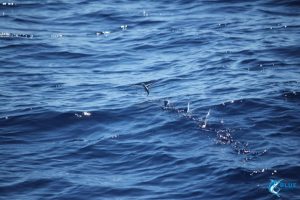 Perfect photo of a flying fish 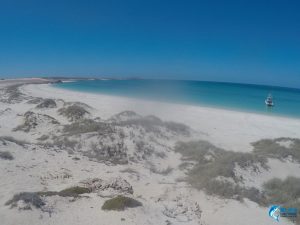 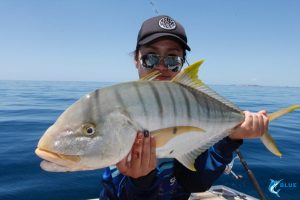 Tika with a Golden Trevally 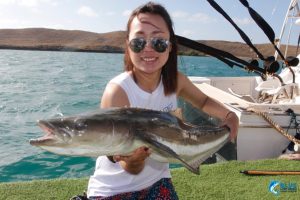 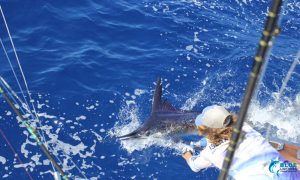 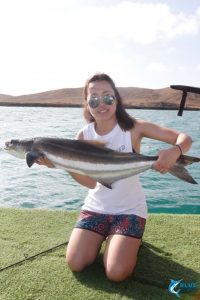 Cobia caught and released by Tika 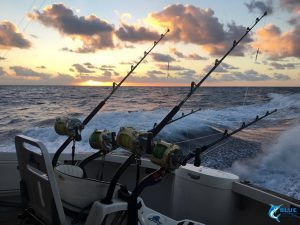 The Big girls realxing after a hard day on the water 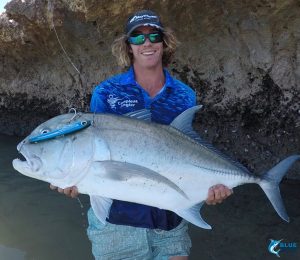 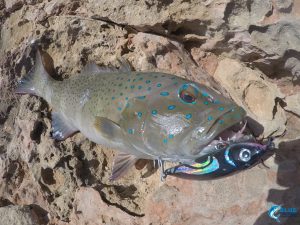 Coral Trout caught and released on a Woodpecker stickbait 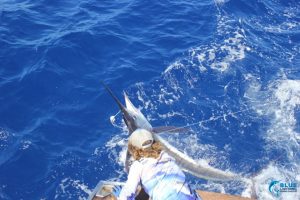 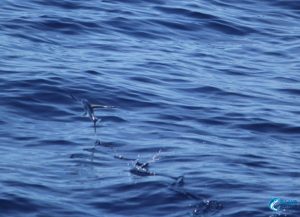 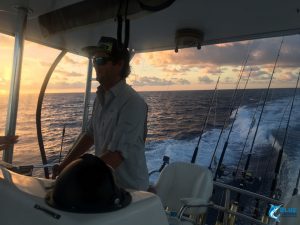 Captain Chad in his element