A Sailfish Record- An anglers perspective

This blog was written by our customer Jason Taylor. Jason is a sponsored angler who has been taking part in Blue Lightning Charters for 10 years.

It’s always a great trip aboard Blue Lightning Charters, and this week marked my 10th year of visiting the Montebello Islands with the Blue Lightning crew. The group aboard this week’s charter was a mix of experienced, professional and sponsored anglers and inexperienced guys who only fish once a year, at the Monties with Blue Lightning. We all love sportsfishing but Blue Lightning’s Captain Chad Mills was determined to show us his passion for billfishing, even just for one day. The day started with Capt Chad telling us what happens, which tackle to use and a few pointers. Knowing Chad as well as I do now, it’s impressive to see the passion he has for billfishing, when he comes down on the back deck he’s like a different person, the passion is just so obvious. As it turned out we were all in for a real treat on Sailfish on Friday.

The day started off a little bit quiet, for about 2 hours we only caught 3 or 4 fish. We had the option of jigging in the area for different species but decided to stick with billfishing for a little bit longer. Then the Sailfish came up in the spread, and the hook ups started. We had 3x 6 way hook ups and we landed most of them! There were STILL Sailfish free swimming around the back, even with 6 hooked! It was on for young and old.

I have personally always wanted to catch a billfish on a stickbait. It’s a hard task because billfish have such a hard bill and jump so much that they often throw the hook. But after my first Sailfish to the boat I decided it was time to try something different, I landed my second Sailfish for the day on a stickbait, something I had never before managed to do. I managed to catch a second on a stickbait later in the day. The other guys were also trying something new with one of the Sailfish caught on a soft plastic. The really unusual one though was a hookless popper, I was dubious but Mick was determined. He got his Sailfish on the hookless popper with the biodegradable strings holding onto the fish very tightly. After about the 20th Sailfish was landed we all began telling Capt. Chad how it was done lol.

All the guys said it was their best day fishing ever! It was great catching most of our Sailfish on spin gear. With 3x 6 way hook ups we were all ducking and weaving to ensure we got our fish to the boat. This is a great crew, without the team work and selfless attitude of the crew, numbers like this simply aren’t possible. There were people everywhere on the deck, re-rigging, leadering, taking photos and filming and yet no one was selfish, everyone (except Chad though he caught 39!!!) got a fish. With all the action on the deck it was awesome to see all the fish jumping and still free swimming off the back of the boat. It’s not something I will forget in a hurry.

As the day went on we were keeping a tally of how many Sailfish the crew had caught, when we were done, Leah went back to the notepad and counted, she must have checked 10 times, none of us could quite believe that we had just hooked 55 Sailfish and landed 39.

NB: All Sailfish were caught and released 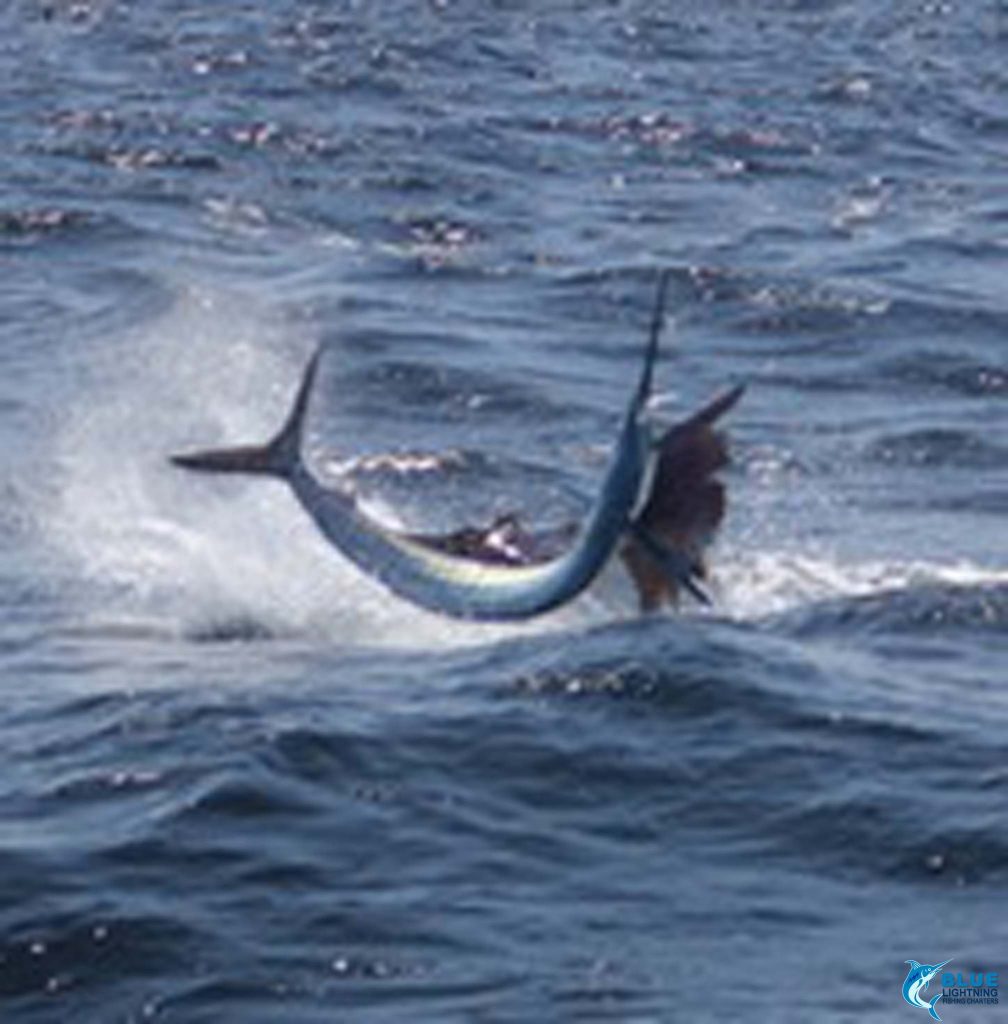 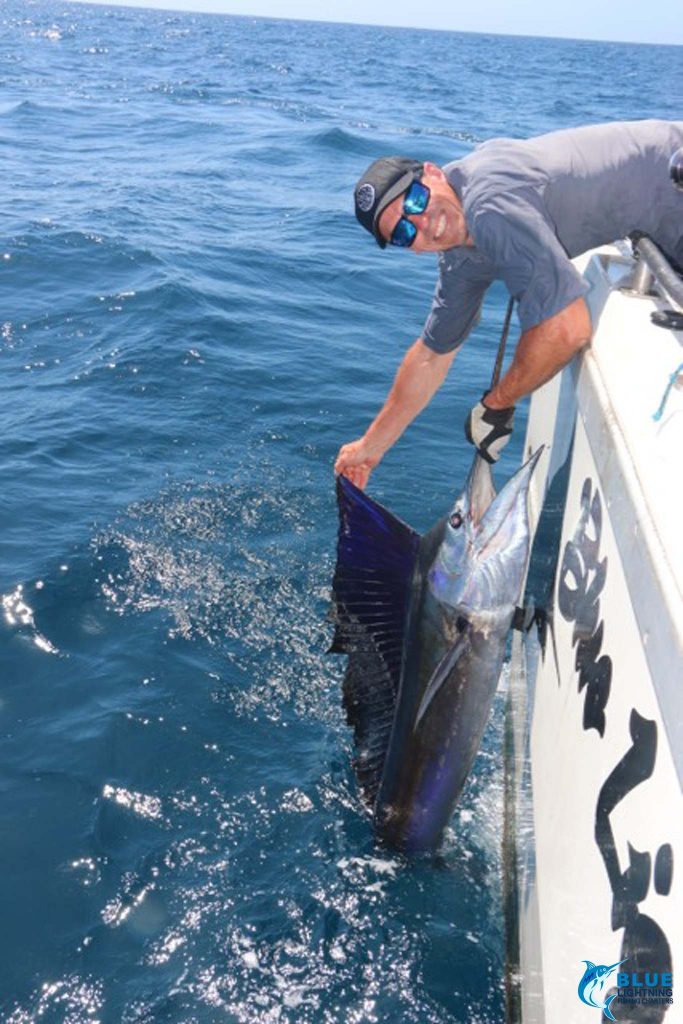 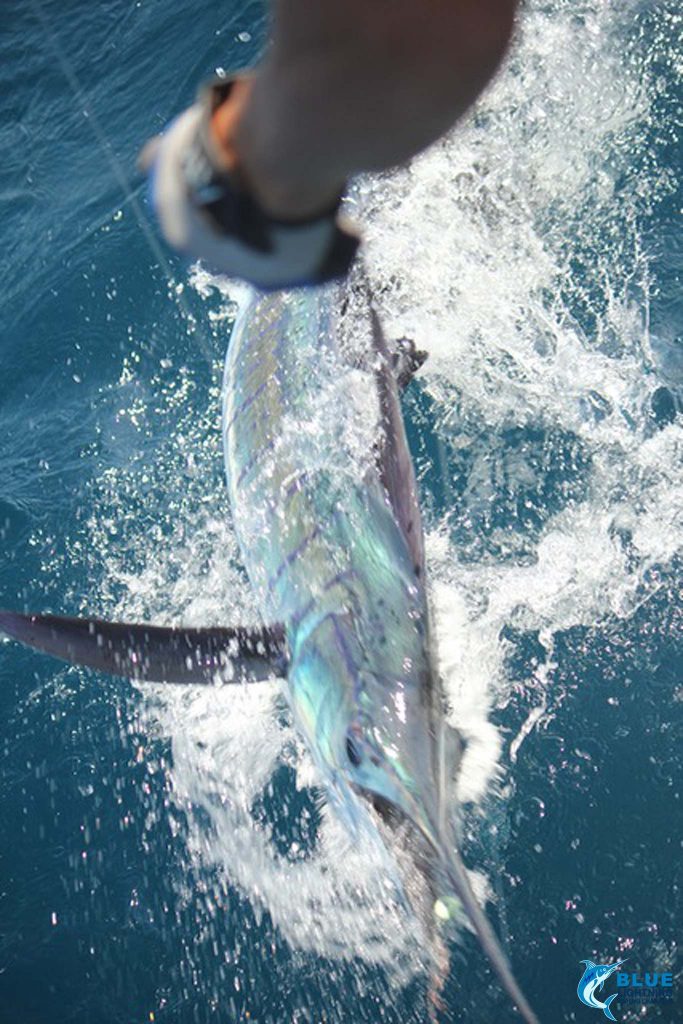 Another of the record breaking Sailfish, 55 hooked 39 landed! 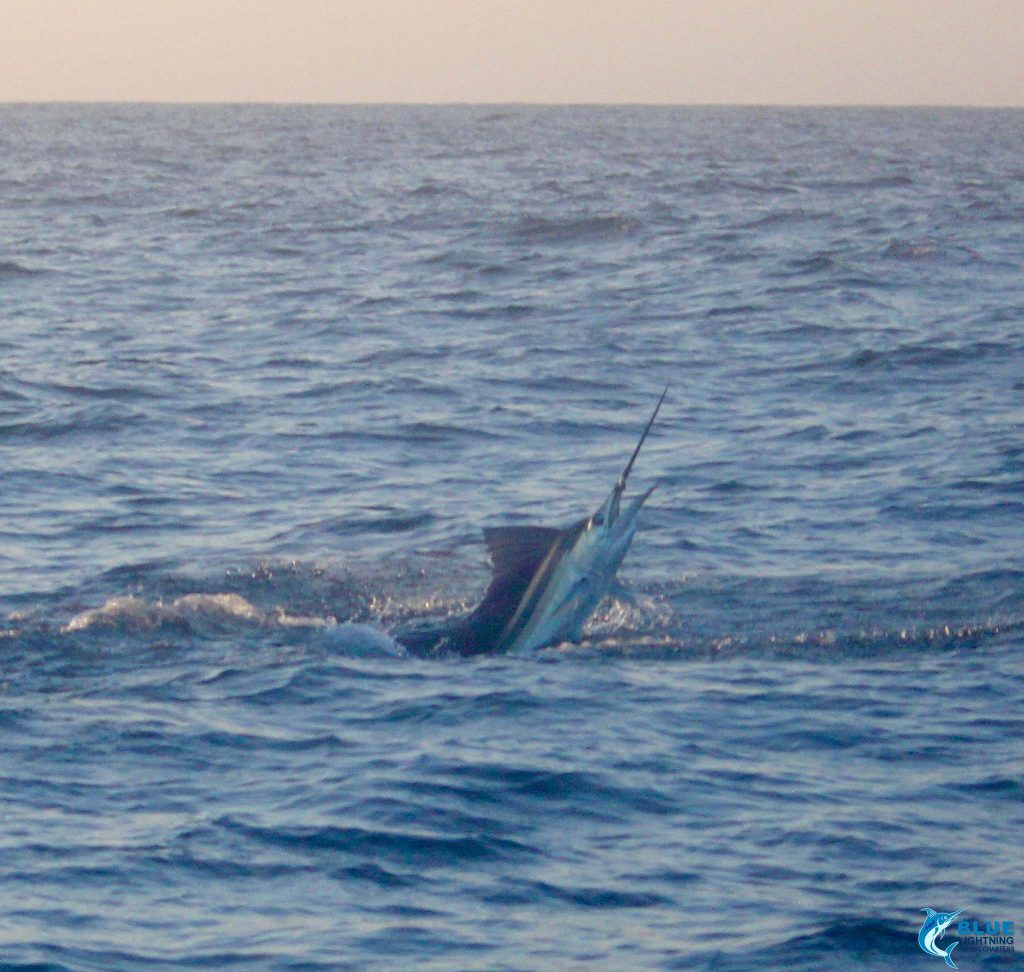 It was Sailfish mayhem aboard Blue Lightning III last week 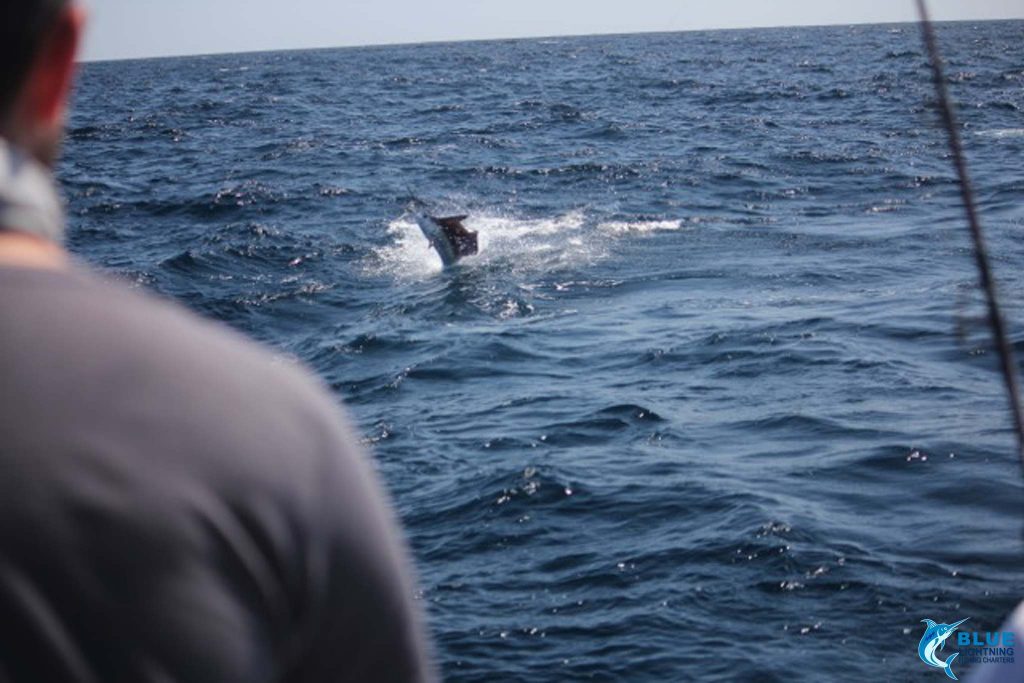 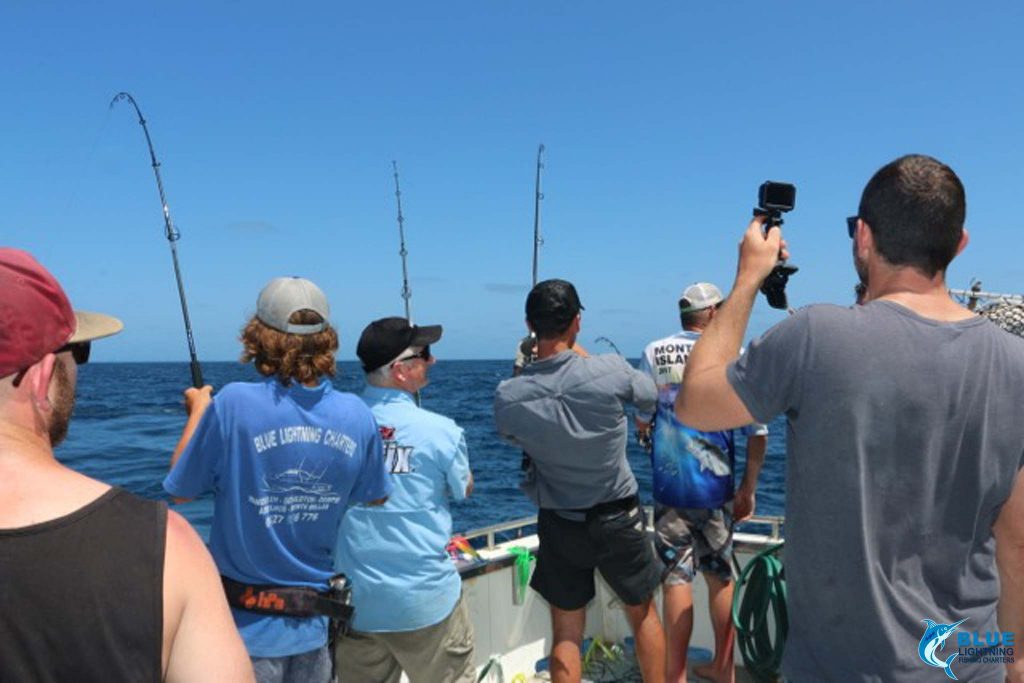 Multiple hookups made it chaos on the deck